Studying has always been a challenging time and every year it becomes more difficult as the course load grows with additional requirements and responsibilities. Students physically are not able to cope with such volume of homework in school or university. After all, students are not robots! Getting a high grade on college papers is important as they are an integral part of your future success. Thats why we created the professional paper writing service to help students cope with any problems with a variety of papers and home tasks. More on https://foxiesessay.com/paperial-review/

Everybody talks about "Global Warming"....
...SALM started the first foot steps towards radical reduction of energy consumption already in 1986, the year, in which the revolutionary external mash and wort heating system has been introduced and patented.

While some other manufacturer try to simplify and shortcut the brewing process with expectable consequences for the flavor of the beer, SALM maintains the traditional and sophisticated brewing processes, such as the tripple decoction for authentic Czech Style Pilsner and saves the energy at the equipment, where heat is been generated...

Sustainability also means, the SALM brewery plants never outage in technology. The hardware is made to last at least 40 years, the control units can always be modernized, however, the minimum period of generation change is 15 years...

Sustainability further means, buying cheap is harmful to our planet...

Almost unnoticed by the huge competition of the world's corporations, does Salm Bräu pioneering work in sustainability! "We're talking about not long around the Bush, we act," emphasizes senior chief Walter Welledits, "the Learning of brewing beer from scratch, as well as the experience of many decades which are operating in the family
is the Basis for our sustainable success.“

Beer brewing consumes a high amount of heat energy. Salm Bräu saves anyway – based on a patented external heating system – up to two-thirds of energy and up to 67 percent CO2! "We are now even able to reduce the energy consumption per hectolitre of wort on to just under a cubic meter of natural gas", underlines Welledits the result of continuous development.

Stöckl in the Park as a "measure of all things"
The seal of approval for "Sustainable business 2020"was presented against the Background of global discussion on climate change and the associated CO2 emissions. The subject sounds at first glance boring – renewable energy, environmental and climate protection, however, are the socio-political priorities of our time. Salm Bräu is in the first perception for the popular micro-brewery at Vienna's Rennweg, unnoticed by the General Public, however, all over the world have installed small Breweries in the Austrian family business. There are currently around 160 plants on all continents. The state of the art, with "Salm"System of the last Generation equipped, is in the "Stöckl in the Park"in the middle of the UNESCO world heritage site of the Schwarzenberg garden next to the magnificent Belvedere Palace. This is designed for an output of 500,000 liters of beer per year. Odor - and noise-free for the benefit of the residents.
Das "Stöckl im Park", which opened these days, with a total capacity of approximately 880 places, is a brewery that produces quality Beers with the greatest possible energy savings. Guests can look forward to a natural, non-pasteurised Beers with valuable ingredients. ... See MoreSee Less

EP202N7A is the code of SALM´s newest and most sophisticated brewery plant, located at SALM`s own second restaurant and brewery "STÖCKL im PARK" in the heart of Vienna.
The plant in high polished modern design consists of a 20hl 2-vessel decoction brewhouse with the newest full automatic brewhouse control system BREWMATIC 2007 DUAL SCREEN and a new generation of external mash and wort heater.

The brewery plant is designed for an annual capacity of up to 5000hl/year and for six different beers on tap at the same time and the same age.

Also the wort cooling process and the CIPing of Whirlpool and Wortcooler has been fully automated and ensures a constant output temperature at the maximum heat recovery.

The implemented technical features are actually designed for the bigger brewery plants and will become available for our customers end of 2020.

Contact us to learn more about the most modern brewing by use of authentic and classic recipes...

SALM‘s most modern brewery plant ever build just ran it’s first brew. “Stoeckl im Park” is the venue on Prinz-Eugen-Straße 25 along the district line of 3rd and 4th district.
EC202A07 is the code of the Brewhouse, a 20hl masterpiece with the newest Brewhouse Control System BREWMATIC 2007 DOUBLE SCREEN, which allows even tripple decoction to brew full automatically. For entertaining guests of the adjected Restaurant, a fully restored historical control panel of an old brewhouse from the fifties has been digital converted and allows remote control and monitoring.

The actual sensation however is our new version of the gas powered external mash- and wort heater. The first generation was already sensational in low energy consumption at 1.62m3/hL NG at single decoction and 60min wort pressure boiling for 12.5*B.
The new version of the MBAK Gen.2, paired with the newest Weishaupt WG20 with digital control and analog backup (redundancy is always a SALM priority) however sets again new standards. Same batch runs now for as little as 1.25m3/hL NG.
Also new is full automatic wort cooling and computerized CIP of the whirlpool/wort cooler unit.
And finally the full automated fermentation and aging temperature control system.

Most of these features are not made for the “small “ plant, but who knows... 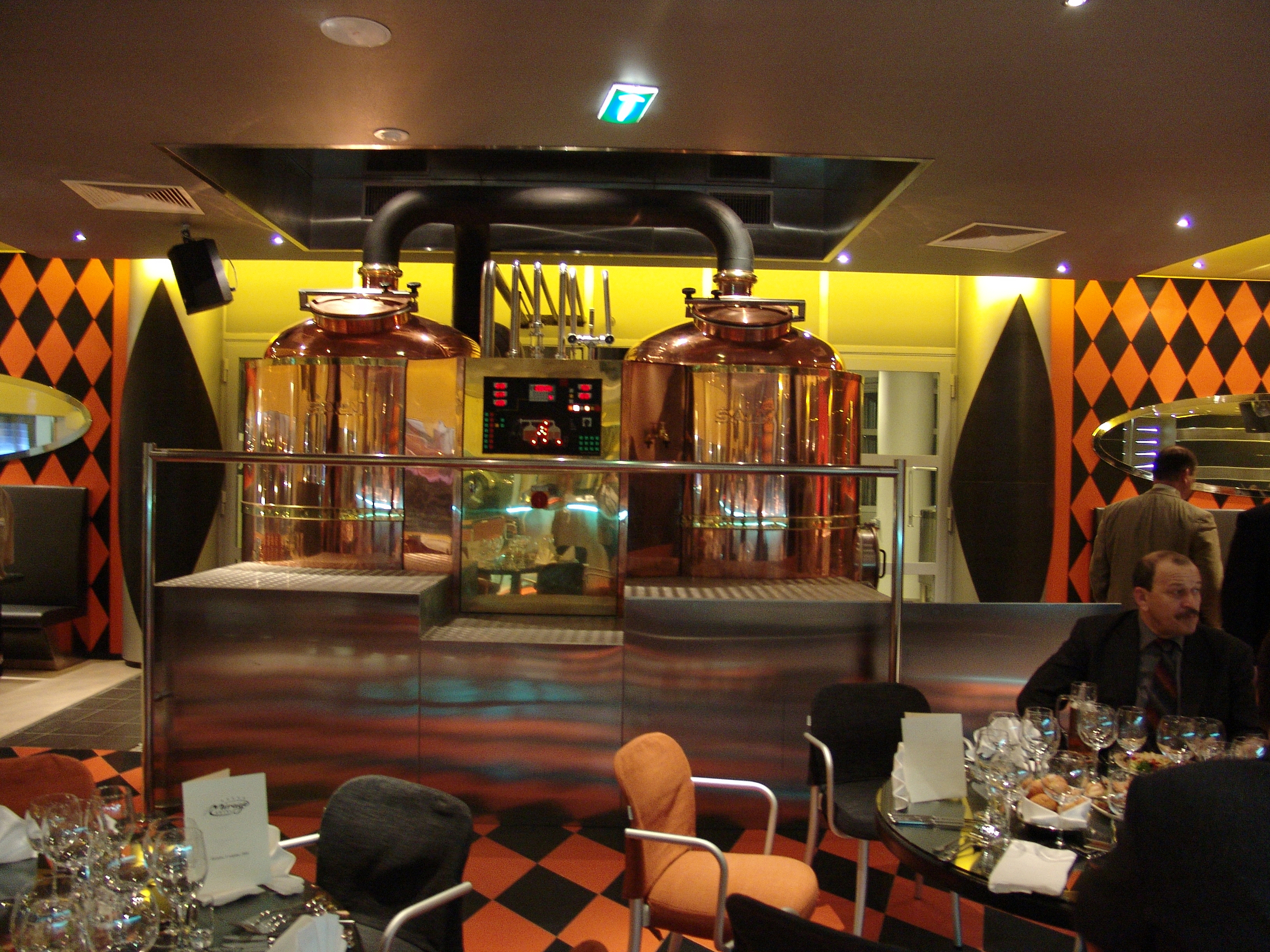 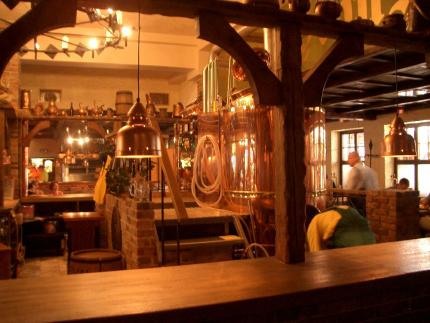 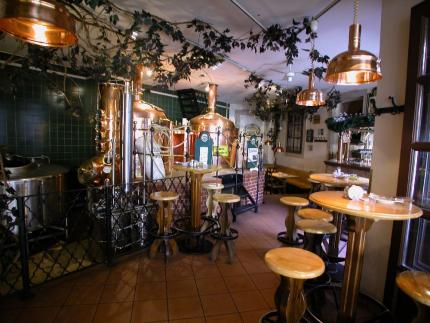 We have been working with SALM equipment for over 20 years now and it still works like a charm!

N. Ionova
Magnitogorsk, Russia
Attempts to finish the line The most simple, primitive and dangerous method. The logic here is taken from the reasoning about the roulette in the casino. When a player sees red falling several times in a row, he subconsciously assumes that then the time of the black cell will on esportzbet.com, forgetting that the chances are equal before each specific ball toss. In sports, this practice in Prematch is often used in relation to the team totals in NBA basketball games. It happens that one of the clubs draws a series, when several times the performance is demonstrated only higher or only lower than bookmakers assumed. In such cases, there is a great temptation to put an end to the trend with thoughts “sooner or later it will end.”